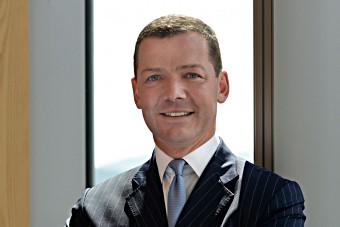 London, 1 January 2019 - Helge Weiner-Trapness, a Founding Partner of Quintus Partners, joined the Board of Directors of The International Finance Facility for Immunisation (IFFIm), effective 1 January 2019.

“I’ve long been impressed by IFFIm as a model in socially responsible investing for global health,” said Weiner-Trapness, who will serve on the Board for three years. “I’m excited to be working closely with my distinguished colleagues on the Board and the Secretariat to guide IFFIm’s growth and impact.”

Mr Weiner-Trapness brings to IFFIm three decades of experience in banking and capital investments, with deep experience in Asian markets that will add to the knowledge diversity of the IFFIm Board.

A Swedish national based in New York, Mr Weiner-Trapness is currently a Founding Partner of Quintus Partners. Quintus Partners was formed by Weiner-Trapness and three other colleagues from Barclays, straddling the US and Asia, following a classic merchant banking model providing investment advisory and capital raising services. The firm also invests in growth companies alongside their clients in select situations.

Prior to Quintus Partners, Mr Weiner-Trapness spent 14 years in Hong Kong where he was most recently Managing Director and Co-Global Head of the Financial Institutions Group at Barclays. Before joining Barclays, Mr Weiner-Trapness spent two years as a Group Managing Director and COO of Asia Pacific Land, an Asia based and focused real estate private equity firm.

Between 2002 and 2008, Weiner-Trapness was a Managing Director with JP Morgan Securities. While at JP Morgan, he served as Chairman and CEO of JP Morgan Securities (Asia Pacific) Ltd., from 2005 until 2008. At Goldman Sachs, he was an MD in the Healthcare Group and Head of Global Coverage for the Pharmaceutical Industry. He has sustained a connection to healthcare through his non-executive work and indirectly as a strategic advisor to clients like the China Development Bank and State Bank India.

“Helge Weiner-Trapness has an impressive background in global health and development finance and a deep knowledge of the Asia financial markets,” said Cyrus Ardalan, the Chair of IFFIm’s Board. “We welcome his contribution to the Board as IFFIm continues its important role in supporting Gavi to provide access to life-saving vaccines to millions of children in the poorest countries in the world.”

IFFIm, a pioneer in socially responsible investing, supports Gavi, the Vaccine Alliance its vaccine purchase and delivery to 71 developing countries. Through its Vaccine Bonds, IFFIm has raised more than US$6 billion in international capital markets since 2006.

IFFIm Appoints Kenneth Lay as Chair of its Board of Directors