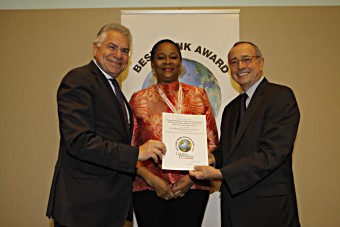 Fifth award for the sukuk since November 2014 issuance

Washington, 12 October, 2015 - IFFIm’s inaugural sukuk has been named “Islamic Finance Deal of the Year” by Global Finance magazine, the transaction’s fifth award in less than a year.

Global Finance is a monthly magazine founded in 1987 with a mission to help corporate leaders, bankers and investors chart the course of global business and finance. Its headquarters are situated in New York, with offices in London and Milan.