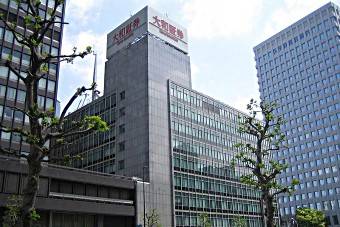 "This transaction marks another milestone in our successful partnership with Daiwa," said Alan Gillespie, the Chairman of the IFFIm Board.

"Daiwa's work in placing over USD 1 billion equivalent of IFFIm's bonds is having a meaningful impact in furthering IFFIm's life-saving work through the GAVI Alliance."

This offering demonstrates Japanese retail investors' continued support for IFFIm and its life-saving purpose. IFFIm raises funds in the international capital markets that are used by the GAVI Alliance to save children's lives and protect people's health by increasing access to immunisation in developing countries.

The World Bank acts as Treasury Manager for IFFIm.

* Details of the terms and conditions will be available in the pricing supplement that is to be read in conjunction with IFFIm's most recent base prospectus describing IFFIm's Global Debt Issuance Programme. This offering of IFFIm's vaccine bonds is one of the examples of Daiwa's Impact Investment initiative. Under this initiative, Daiwa Securities Group actively pursues its commitment to social responsibility by seeking to provide and expand investment products with social impact while attaining suitable financial returns.

About the GAVI Alliance

The GAVI Alliance is a public-private partnership that aims to immunise children and strengthen health systems in the world's poorest countries. It brings together developing country and donor governments, the World Health Organization, UNICEF, the World Bank, the vaccine industry in both industrialised and developing countries, research and technical agencies, NGOs, the Bill & Melinda Gates Foundation and private philanthropists. GAVI provides vaccines against diphtheria, tetanus, pertussis combined with haemophilus influenzae type b and hepatitis B as so-called pentavalent (five antigens in one vaccine) as well as vaccines against measles, yellow fever, pneumococcal diseases (pneumonia and meningitis) and rotavirus (diarrhoea).

International Finance Facility for Immunisation Company (IFFIm) is a multilateral development institution created to accelerate the availability of predictable, long-term funds for health and immunisation programmes through the GAVI Alliance (formerly the Global Alliance for Vaccines and Immunisation) in 70 of the poorest countries around the world. IFFIm was created as a development financing tool to help the international community achieve the Millennium Development Goals. IFFIm's financial base consists of legally binding grants payments from its sovereign sponsors (France, Italy, Norway, South Africa, Spain, Sweden and the UK), on the basis of which IFFIm's is rated AAA/Aaa/AAA (Fitch/Moody's/S&P). The World Bank is the Treasury Manager for IFFIm. IFFIm was established as a charity with the Charity Commission for England and Wales and is registered in England and Wales as a company limited by guarantee with number 5857343 and as a charity with number 1115413.

About the World Bank

The World Bank is a global development cooperative owned by 187 member countries. Its purpose is to help its members achieve equitable and sustainable economic growth in their national economies and to find effective solutions to pressing regional and global problems in economic development and environmental sustainability. The goal is to help overcome poverty and improve standards of living for people worldwide. The International Bank for Reconstruction and Development (IBRD), rated Aaa/AAA (Moody's/S&P), is the oldest and largest entity in the World Bank Group and provides funding, risk management tools and credit enhancement to sovereigns. To fund this activity, IBRD has been issuing debt securities in the international capital markets for 60 years. The World Bank is also the Treasury Manager for IFFIm. In that capacity, the World Bank, as IFFIm's agent, manages IFFIm's finances according to prudent policies and standards. This includes IFFIm's funding strategy and its implementation in the capital markets, rating agency and investor outreach, hedging transactions and investment management. The World Bank also coordinates with IFFIm's donors and manages their pledges and payments as well as IFFIm's disbursements for immunisation and health programmes through the GAVI Alliance.

Founded in 1902, the Daiwa Securities Group is one of the largest independent and comprehensive securities groups in Japan. Through its global network, the Group provides a broad range of financial services to our clients worldwide, including wealth management and support for corporate activities, and thus contributing to the development of our society and economy. The core business areas include brokerage, development and distribution of financial products including equity, bond and derivatives, underwriting of equity, bond and other securities, M&A advisory, asset management, and principal investment. The Daiwa Securities Group has its operational base around the world, including Japan, the U.S., Europe, and Asia Oceania. A total of 16,000 employees work for the Group companies worldwide, and the customer assets under custody totals JPY42 trillion and a combined asset under management of two asset management companies is JPY13 trillion. Daiwa Securities Co. Ltd., the retail arm of the Group, has 120 sales branches and 3.4 million customer accounts. Daiwa Securities Capital Markets, the wholesale arm, has 30 operational base across 21 countries and regions (all figures are as of the end of September 2010).

THIS DOCUMENT IS NOT AN OFFER FOR THE SALE OF SECURITIES. THIS DOCUMENT AND THE INFORMATION CONTAINED HEREIN IS NOT FOR PUBLICATION, DISTRIBUTION OR RELEASE, IN WHOLE OR IN PART, IN OR INTO, DIRECTLY OR INDIRECTLY, THE UNITED STATES