Lessons on COVID-19 from Africa: Q&A with Hassatou N’Sele

Lessons on COVID-19 from Africa: Q&A with Hassatou N’Sele 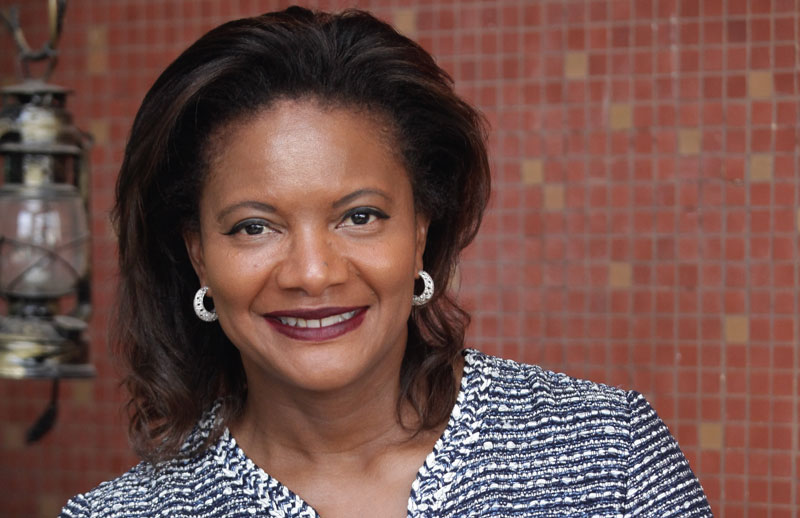 Hassatou N’Sele joined IFFIm’s Board of Directors on 1 July 2021. As the Treasurer of the African Development Bank Group (AfDB) based in Abidjan, Cote d’Ivoire, she leads the expansion of the AfDB capital markets activities across the globe. Ms N’Sele is a Senegalese citizen.

Tell us about your life. What experiences and people shaped you as a person and influenced your career?

I am a daughter, a wife and the mother of three young women. Undoubtedly my family has shaped and influenced my career. Both my father and my mother, through their advice, guidance and support, have led me to where I am today.

I was born in Senegal and lived 10 years on the island of Goree (800 inhabitants at the time) where I attended primary school. My parents decided to move to the capital city Dakar when my brother and I attended high school. My parents were hard workers who managed a hotel in Goree and later bought their own in Dakar. Their professional success and strength have been a source of inspiration. They ingrained the importance of a strong work ethic, and I look up to them. They have guided me, supported me and cheered me throughout. I am also lucky to have a very understanding and progressive husband who is supportive of my career.

I have also been greatly influenced by my bosses, all women, at Citibank (Dakar) when I joined in 1990, and when I joined the African Development Bank (1999). They were rigorous, competent and demanding professionals from whom I have learned a lot.

AfDB was active early on in the pandemic raising money in capital markets. What is your experience from that bond issue? How can we apply lessons learned for supranational issuers like IFFIm to tap into that market?

The Fight COVID-19 bond was the first bond issue I did while working from home--the largest ever bond issue of the AfDB and one we launched in very uncertain times. The world had come to a semi-stop with the confinement, scientists were still trying to understand the virus, and markets were shaky. But we needed funding to provide much-needed resources to African countries struggling with the impact of the crisis.

We were the second issuer to come to the markets after the markets practically shut down, and we were elated to see that investors responded to our call, in size and with enthusiasm. Our Fight COVID-19 bond was a great success and the theme resonated with all our investors. They understood the importance and meaning of the transaction and wholeheartedly supported it.

IFFIm is a pioneer in social bonds and has been doing a wonderful job with investors in Japan and in the SRI market. IFFIm has a powerful story to tell and has been doing this through roadshows. Indeed, meetings with investors to continue to tell the IFFIm story-- how children get a chance at life thanks to the work of IFFIm and Gavi-- should resonate even more now. Protecting 822 million children from fatal diseases and saving 14 million lives are achievements to celebrate. But unfortunately, the story does not end there: more children need saving, and a lot of good can continue to come with the support of capital markets.

What about Africa do people outside the continent need to understand better?

One of our former chief economists at AfDB, Mthuli Ncube, had this to say about Africa: "Africa is a continent of contrast, rich in natural resources, yet its people are among the poorest in the world. The image of Africa that gets projected in the world is that of a continent with disease, hunger, corruption and the need for aid beyond the foreseeable future. But there is another story that is less told which acknowledges the challenges faced by the continent but also recognises the progress made in terms of more children going to school, less war, growing quest for better governance and an expanding middle class." That story needs to be told.

Tell us about your own experience with the COVID-19 crisis and how it has shaped your thinking about how to promote greater health equity between higher- and lower-income countries.

Africa is warring against formidable threats and gaps on multiple fronts. COVID-19 is the latest, destroying health and livelihoods. Climate change continues to lead to drought, extreme flooding, the displacement of people, and food and water insecurity. We have a huge infrastructure gap: there is no access to electricity for half of the population, which is affecting livelihoods and economic growth. Health is threatened, also. While it holds 15% of the world’s population, Africa accounts for 60% of global deaths due to infectious or parasitic diseases.

Many actions have been taken and initiatives launched, but progress has been slow simply because of a sore lack of resources.

There has been an allocation of Special Drawing Rights (SDR) made by the International Monetary Fund to all its member countries: US$ 650 billion, with $33 billion going to the 54 countries of the African continent. Meanwhile, the top seven advanced economies of the world received more than $290 billion, supplementing their $2.5 trillion in reserves. To ensure better equity between higher- and lower-income countries, recycling these SDRs towards the most vulnerable and developing countries would send a very powerful signal that the world continues to care.

Australia increases support for COVAX through new pledges to IFFIm