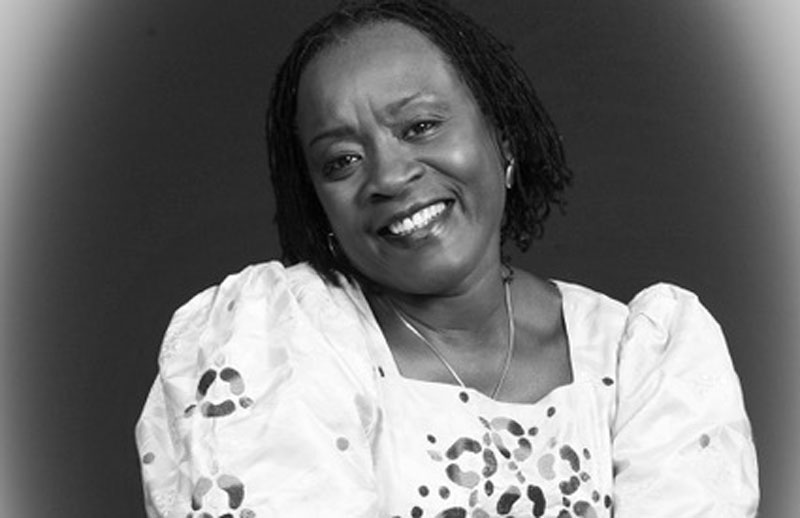 Against odds, Fatimatou Zahra Diop has seen opportunities for women rise in Senegal and beyond.

Against odds, Fatimatou Zahra Diop has seen opportunities for women rise in Senegal and beyond

From growing up poor in Senegal, through an extraordinary career in international finance, Ms. Diop’s journey to gender equality has yielded dividends to society

When she was pursuing her master’s degree in economics at Université Cheikh Anta Diop in Senegal, Fatimatou Zahra Diop was one of about 20 women out of 500 students. After graduating in 1980, she secured a highly sought-after spot to work at the Central Bank of West African States (or BCEAO). Of the nearly three dozen people in her cohort of new hires, she recalls there were only five or six women.

All this and an absence of women throughout BCEAO at the time, especially among its higher ranks of leadership, suggests that Ms. Diop faced tough odds to succeed there. But she ended up working for 34 years at BCEAO until her retirement in 2014. Along the way, she was given responsibility for some of the organisation’s most important operations and became the first woman to hold positions as National Director and later Secretary-General, the highest professional staff position at the bank headquarters.

“Of course, women have to be good and competent to succeed in areas where few, if any, previously worked,” Ms. Diop says. “But it’s also true that you have much more to prove and that women need to work harder and better to advance.”

Ms. Diop is not only a model who has given inspiration to increasing numbers of women in Senegal and beyond to pursue similar careers of purpose and consequence, she is also devoting much of her time now to efforts to strengthen access to life-saving vaccines and other health interventions – many of which are essential to give girls and women the foundation they need to live full and healthy lives.

Because of her decades-long experience with international finance and perspective from the global South, in 2015, the International Finance Facility for Immunisation, or IFFIm, in collaboration with Gavi, the Vaccine Alliance, invited Ms. Diop to join its board of directors. She was – and remains today – the only African on IFFIm’s board, whose work ultimately benefits many lower-income countries like her own. Indeed, Gavi has for two decades helped Senegal expand its children’s access to a wide range of essential vaccines.

IFFIm is an innovative finance tool that issues vaccine bonds in capital markets around the world against long-term commitments by 10 sovereign donors in support of Gavi initiatives. To date, IFFIm has harnessed a growing enthusiasm within the private investment sector to frontload more than US$ 6.8 billion for Gavi through 37 issues in eight currencies for pressing global public health needs. IFFIm has also issued several bonds so far for the COVAX Facility, which emerged last year to ensure COVID-19 vaccine supply for lower-income countries

As a woman, an African and a veteran of three-and-a-half decades observing and supporting monetary systems across West Africa, Ms. Diop brings a perspective that goes far to inform IFFIm’s work and mission. In Europe and the United States, where her fellow IFFIm board members come from, she says, immunisation programmes are strong, and the diseases they prevent are almost non-existent.

“My colleagues bring to the board tremendous commitment and passion for IFFIm’s mission,” she says. “But I bring other dimensions to it: a firsthand understanding and vision of the challenges we’re trying to solve.”

Ms. Diop adds that “because I am a woman from a poor country, I know what it looks like when children and their families don’t have access to vaccines. I’ve seen with my own eyes what happens to children who are not immunised. Their illness interrupts their schooling and keeps them from living full lives. And when unimmunised children are sick, their caregivers are likely to be their mothers or other women, which makes it difficult for them to pursue work and other goals outside their homes.”

Ms. Diop’s career trajectory at BCEAO was remarkable in part because, she estimates, when she began in 1980 only about 10 percent of the overall staff at the entire bank were women. That has changed since then. As of 2018, 40 percent of BCEAO staff were women. The improvement, she thinks, is result of at least two factors: advances in education and recruitment.

Over the last several decades, Senegal has reported steady growth of girls getting educated, particularly at the secondary and university levels. Girls there, says Ms. Diop, are getting a reputation today for being more motivated than boys to go to school and learn, and they are increasingly attracted to science technology and math (STEM) subjects, which have long been dominated by men. So the supply of girls who are prepared to enter the professional workforce has grown.

At the same time, Ms. Diop says, the BCEAO has over the last decade made a conscious effort to recruit and promote women among its ranks. That has a made a positive difference, she thinks, but “there is still a glass ceiling. We didn’t have many women heading the departments at the headquarters.” At the national branches, which represent each of the eight countries served by the BCEAO, “there were more and more women over the years, but only I and one other woman have held the position of national directors.”

Ms. Diop is pleased that Gavi, which IFFIm supports, has made a priority of addressing gender-related barriers to immunisation and other health interventions. Gavi recognises that while there is relative gender parity when it comes to immunisation coverage worldwide, in some countries and in distinct communities, gender discrimination means boys often have greater access to vaccines than do girls. In some places, it’s just the opposite. As a general rule, where there are high levels of gender equality across many different measures, immunisation coverage as a whole is much higher, too.

Where those gender-related barriers exist, Gavi has focused on strengthening health systems in ways that provide girls and women better health access and supported interventions that address challenges specific to women – for example, cervical cancer. More than 85 percent of deaths from cervical cancer occur in developing countries where Gavi works and where life-saving screening and treatment is often lacking. Gavi has made it a goal to provide approximately 40 million girls countries with the vaccine to prevent HPV, which can trigger cervical cancer.

After she retired from BCEAO, Ms. Diop co-founded an organisation called Afrivac, a public-private partnership that helps countries like Senegal prepare financially for their eventual transition out of Gavi support once they reach a level of economic well-being.

Many lower-income countries, Ms. Diop says, rely on Gavi and other external sources to finance large portions of their immunisation expenditures.[1] So Africvac is working helping them devise strategies to cover that entire cost on their own. In Senegal, for example, they are considering tax incentives to induce private-sector companies to invest in social impact projects that can generate an income stream to pay for vaccines. As with so much else over the last year, the pandemic has stalled some of the progress they were making.

But nothing has slowed down Ms. Diop, who, through her work with IFFIm and Afrivac and other organisations is continuing to apply her experience and talent to make a difference for Senegal and other countries, as well as for the girls and women of this and the next generation.

“A growing number of women are getting into higher levels of leadership around the world, though certainly not yet in the numbers that reflect all that women have to offer,” Ms. Diop says. “But as they do, it will have an impact. When you are a woman and you are working in places where there are other women, you get inspired. I hope that’s what my career did for a lot of other women, and I hope I can continue to provide them with a model that shows what’s possible.”