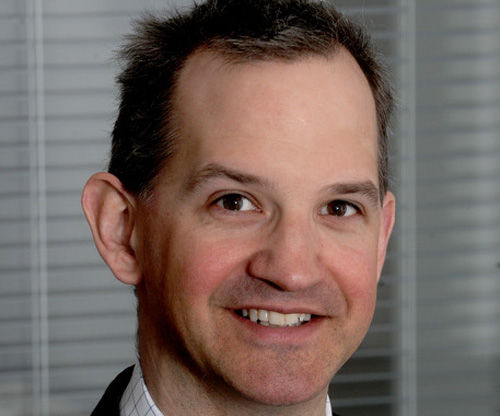 A conversation with Christopher Egerton-Warburton

Christopher Egerton-Warburton, or Edge, as he’s known throughout the financial world, was in the room where it happened, when IFFIm began in 2006. Edge is the Co-Founder and Partner of Lion's Head Global Partners LLP and served for six years on the IFFIm Board of Directors. He is an expert in the structuring and execution of innovative financing solutions.

He sat down to talk about his exciting work bridging science and finance, the rise of SRIs, and his hopes for IFFIm’s future.

How did you come to be known as Edge?

I began my career at Goldman Sachs. The moment I arrived, all the Americans shortened my name to Chris. I worked on a desk with a lot of Chrisses so I had to differentiate, and my name was a bit of a mouthful so I became Chris Edge. Not long after, the Chris was dropped and I was just Edge. The crazy story about how IFFIm came to be associated with Gavi is also important because at the time, [Prime Minister] Gordon Brown met regularly with people like Lula and Bono and it seemed everyone had one name. Then when I attended the UK Treasury meeting where IFF was on the agenda, the minutes from the meeting came out and said, ‘Present: Edge.’

What happened behind the scenes to form IFFIm?

The IFFIm idea was originally called IFF. Gordon Brown gave a speech to the New York Fed a few weeks after 9/11. This was a sensitive time. He talked about how despite recent events, the world could not lose sight of the UN Millennium Development Goals. He proposed that donors should frontload their ODA to meet goals, on the basis that the economic win from achieving them would more than repay in global GDP growth. That speech was the founding concept of IFFIm. I had been given the job of covering the UK Treasury for Goldman. We were asked to meet Gordon Brown’s right-hand executive, Baroness Shriti Vadera. She hands us Brown’s speech and basically said, ‘can you solve this?’ – meaning, figure out frontloading. That meant finding or creating a mechanism to bring forward the value of long-term government pledges, with cash flow only hitting the budget the year pledge payments are made. We created a financial mechanism for this Innovative Finance concept.

We presented the IFF idea to Alan Greenspan. He was in London at the time to be knighted. He heard us out and basically said, ‘If Goldman says this works, then I am sure it would work, but what would you spend the money on? You have to find something this can be attached to that’s completely bulletproof.’ Soon after, Bill Gates came to Gordon Brown’s office and said he wanted long-term money for Gavi—and a lightbulb goes off. Then I get a phone call from Alice Albright, former CFO of Gavi, saying, ‘I understand that you have a scheme that we need to work on’ This crazy series of events is how IFFIm came to be.

What led you to get involved in investing in vaccines?

I am actually a scientist by training. I have a degree from Oxford in biochemistry. I like to say that I worked on IFFIm as a financial scientist as opposed to a human scientist. I had been part of a group that built new financing structures in the capital market. Accepting the challenge of Gordon Brown was exciting as a financial scientist. My science background has also been useful in discussing vaccines and diseases. When we were working on the Penta vaccine, I was in a meeting and people were muddling up viruses and bacteria, and I turned around and explained how viruses and bacterial diseases differ, people were surprised, surely I was just the banker.  That was the moment that I was able to bring the two pillars of my career back together.

Why have SRIs become so popular?

SRI was not a concept in the 80s and 90s, but I think the roots go back at least that far. This was the time when people suddenly realised, we have to change something. People started to see things that made a difference. Remember Live Aid. In the 1990s, Drop the Debt mobilized political action to help African countries with debt relief. Celebrities were lending their name to these causes, raising money and awareness, asking people to take action. I once got an email from Michelle Pfeiffer asking to write an email to Tony Blair, and believe me, that got my attention!

People have different objectives in investing but most would say that they want their capital to “do good.” I have yet to meet an investor for bad. The SRI movement has gained traction because we have been living in a world of low returns. In that environment people increasingly started asking, what more can my money do? The sector exploded with the concept of climate change – suddenly there was demand for all things green.  This has since matured, and we now have a very diverse SRI market. But IFFIm played its role as well.

When we went on the road show for IFFIm, we saw something that nobody expected. People we were having meetings with didn't want to talk about the AAA rating. They wanted to talk about the vaccines, about how to prevent measles, polio, tuberculosis. We didn't realise that we had issued an SRI bond, because the concept didn’t exist, but we had. It was clear everyone was very interested in impact.

When you unpack IFFIm, it’s not an easy story, but the market accepted it and was willing to accept a pricing that totally ignored that complexity. The market was saying, I am willing to buy this at virtually World Bank rates even though it’s complicated. And why? Because they loved the story. That was the beginning of concept that investors actually cared about where their money was being invested.  SRI investing was starting.

Wind the clock forward a bit and the Japanese really kicked things off. Daiwa developed the concept of “Vaccine Bonds” for IFFIm. They were marketing IFFIm to retail Japanese investors via their local bank branches. There were posters of children getting vaccinated. Banks started noticing that people wanted this.  Soon there were climate-linked bonds with posters of polar bears and education bonds, but really it started with the Vaccine Bonds.

There are a couple of things IFFIm did that are very important, that sometimes we forget. First, is obviously the frontloading effect, but IFFIm also enabled a donor government to make a 30-year financial commitment to a not-for profit. The value this creates giving the visibility of long-term money is extraordinary and would be transformative for many other organisations. Yet we live in a world where, other than Gavi, no other organisation has been afforded such trust.

IFFIm’s model also has potential to help other organisations make a difference. I am happy that is now happening. The CEPI transaction is to me a huge win. It’s a perfect fit with Gavi and IFFIm. Is exciting for me to see IFFIm being used in a new way, and what’s nice is it demonstrates that Gavi whilst remaining true to its mission can continue to innovate to make the sector more effective. I think that this is also what investors want today.  It is now not just a case of “doing good”, they want to see organisations “doing better.” Once again Gavi and IFFIm can lead the way.