Support for vaccines in Nigeria

Support for vaccines in Nigeria

IFFIm and Gavi are continuing the fight against vaccine-preventable diseases in Nigeria, where polio is still endemic.

IFFIm and Gavi are continuing the fight against vaccine-preventable diseases in Nigeria, where polio is still endemic

IFFIm and Gavi have long supported remarkably successful efforts to eradicate polio around the globe, and they’re continuing the fight in Nigeria, where polio is still endemic. IFFIm alone has provided more than US$ 191 million to global efforts to end polio. As of 2018, IFFIm has used 7.5% of its funds on polio vaccine programmes.

When the Global Polio Eradication Initiative (GPEI) faced a funding crisis in 2006, it turned to IFFIm as the only way to finance stockpiling the polio vaccine so suppliers have it available for outbreaks. IFFIm’s US$ 191 million investment helped develop and license oral polio vaccine (OPV) products that could be field tested for safety and purchased in bulk. GPEI is a partnership of WHO, UNICEF, the US Centers for Disease Control, Rotary International and national governments.

In 2007, Gavi reprogrammed US$ 104.62 million in IFFIm funds from a post-eradication era polio vaccine stockpile into intensified polio eradication activities. The funding freed up much- needed cash and set in motion a scaling up of immunisation and surveillance activities in support of WHO’s Case for Completing Polio Eradication.

Four months into the programme, IFFIm funding helped immunise more than 100 million children under age five, some of them multiple times, in 11 polio-affected countries. It also supported surveillance activities and technical assistance in four WHO regions.

IFFIm funding was critical to the rapid development and licensing of a new OPV vaccine in 2009. This led to a striking 95% decline in cases in Nigeria and India, the elimination of wild poliovirus from all 15 countries reinfected in 2009, and more than an 85% decline in type 3 polio cases globally.

In 2011, Gavi applied IFFIm funds to polio eradication programmes in the heart of Africa. Gavi later partnered with UNICEF, WHO, the Bill & Melinda Gates Foundation and others, to end polio once and for all.

Gavi extends Nigeria support up to 2028

In June 2018, Gavi’s Board of Directors approved an exceptional extension of overall support for Nigeria up to 2028 including funding for inactivated polio vaccine (IPV) for the next two years.

Even though Nigeria was due to transition out of Gavi support in 2021, it has one of the lowest immunisation rates in the world. Immunisation coverage varies by state and within states with a range of 10% to 80%. Meanwhile, an uneven infrastructure with multiple geographical barriers and an anti-vaccine movement create additional obstacles.

Gavi’s extended efforts could lead to more than one million lives saved from vaccine-preventable disease in the country.

“With 4.3 million under-immunised children, Nigeria has the highest number of children in the world who are not fully protected against deadly vaccine-preventable diseases”, says Gavi CEO Dr Seth Berkley. “This crucial support will ensure that children across the country receive the vaccines they desperately need, help to strengthen the country’s primary healthcare system, build a healthier society and ultimately a stronger economy for Africa’s most populous country.” 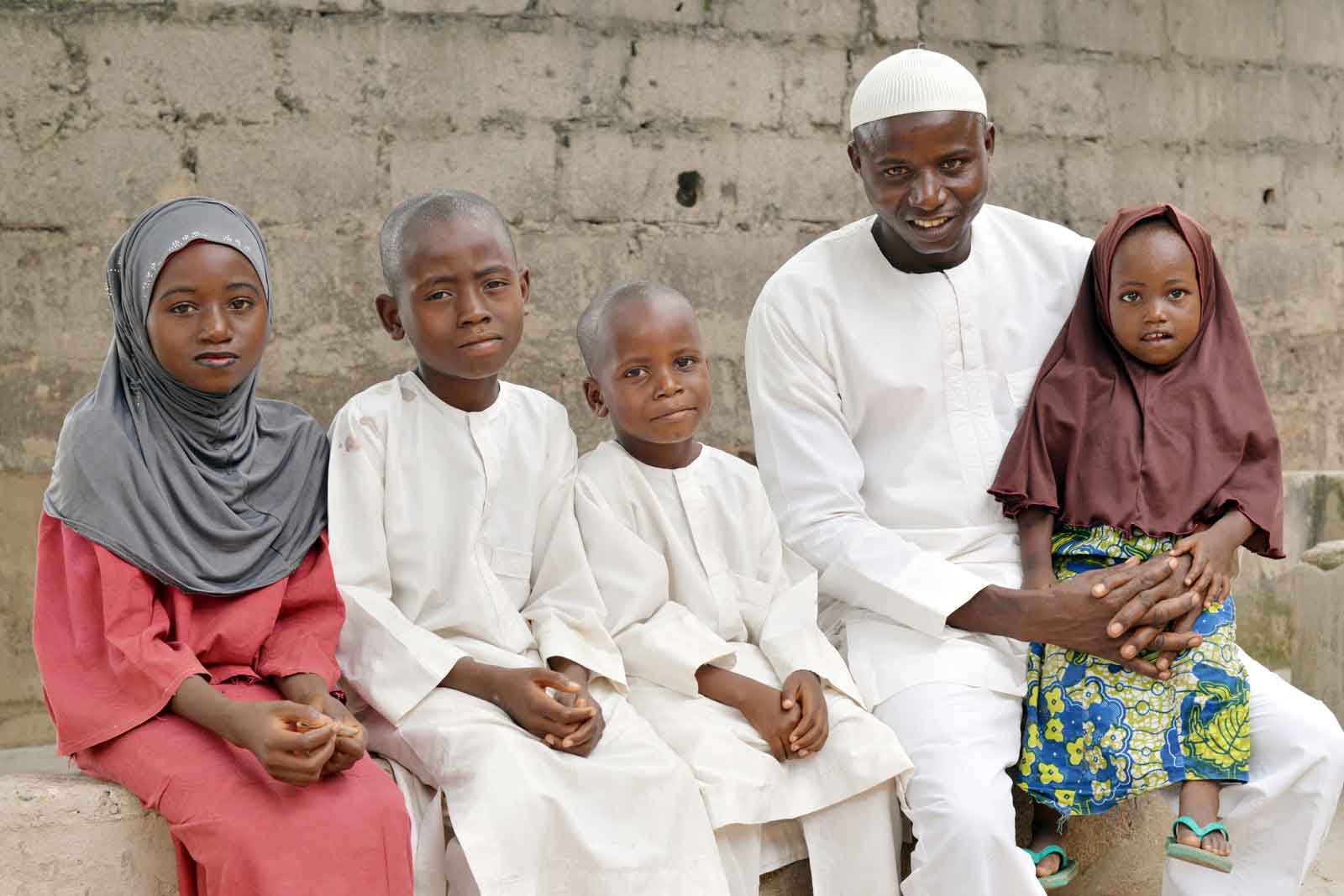 A smiling Yusuf Ibrahim sits with his four children in the tiny farming village of Unguwar Daji in northern Nigeria. The introduction of the pentavalent vaccine in Nigeria is estimated to save the lives of at least 30,000 children who die from vaccine-preventable disorders every year. Nigeria has also introduced the pneumococcal vaccines, which protect against pneumonia, still the world’s biggest killer of children under the age of five. Credit: Gavi/2013/Adrian Brooks.