IFFIm has provided Gavi with about US$ 200 million toward the purchase of pneumococcal vaccine. 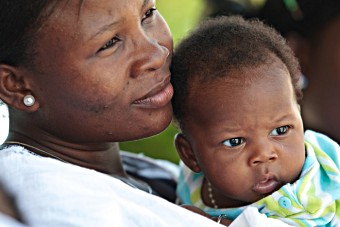 In a broad swath from the Horn of Africa along the equator to the shores of West Africa, the biggest killer of children under age 5 is under siege, thanks to funding from IFFIm.

There — in Ghana, Congo, Kenya, Ethiopia, and elsewhere, even across the Red Sea in Yemen and in Latin America — Gavi, the Vaccine Alliance has expanded a campaign to immunise children in the world’s poorest countries against pneumococcal disease, which causes childhood pneumonia.

To help protect these children, IFFIm provided US$ 41.58 million toward Gavi’s pneumococcal vaccine programme in 2011, funding that could immunise more than 3 million children. In all, more than two dozen countries on three continents now receive Gavi support for pneumococcal vaccines, which Gavi hopes will help prevent more than 1.5 million deaths by 2020.

IFFIm is playing a major role, alongside another innovative finance programme called the Pneumococcal Advance Market Commitment (AMC), under which donors pledge funding as an incentive to vaccine makers to scale up production for developing countries, which then can plan programmes while paying a fraction of the price charged in wealthy countries.

Through this collaboration, IFFIm, the AMC and Gavi are helping to defeat the leading vaccine-preventable death of young children. Consider 1-year-old Kedir Mudi and his mother Alemnesh Gerefa, who are in the waiting area of a health post in the rural village of Derer Ebija, Ethiopia. Three months earlier, this happy toddler came dangerously close to death after contracting pneumonia.

“Pneumonia is an illness that affects many of the children in this area,” said health extension worker Belainesh Arersa. “As a result, mothers have to stop doing their work to go to and from the hospital. Now that this vaccine has been introduced, children will not die, and mothers will no longer waste their time traveling back and forth between home and hospital.”

In the Dadaab refugee camps in the northeast of the country, refugee Somali children also are being vaccinated. With a population of 430,000 people, Dadaab has unofficially become the third largest city in Kenya. With this high concentration of people, low hygiene standards and pressure on sanitation services, the risk of disease spreading rapidly is ever-present.

Hubia Aden and her six children are new arrivals at one of the three camps around Dadaab. She and her children had to walk for 21 days to get there. During the registration process, the family is medically screened and her children receive a cocktail of vaccines against polio, measles and diphtheria, plus 9-month-old Mohammed receives pneumococcal vaccine, given to those under one year of age.

“There were no hospitals in Somalia, and my children were not vaccinated,” Hubia says. “I understand it is important because I was immunised as a child.”