IFFIm has provided Gavi with more than US$ 1 billion toward the purchase of pentavalent vaccine.

How the ‘walkers’ of the Haitian mountains deliver vaccines, with the help of IFFIm

Consider the blue propane tank that ensures Taillefer’s vaccines are refrigerated. The tank weighs 9 kg (20 lbs), and it is carried by Joseph Mesura atop his head each week to the teeming Port-au- Prince neighborhood of Carrefour, 16 km away.

Mesura is 65 years old. He balances the tank as he walks from Taillefer to Carrefour and back, up and down mountains, through fields and across the Rivière Froide. What road exists is rocky and full of holes, impassable in a light rain. That’s day one: a 6-hour round trip, without water or food, he says. On day two, Mesura makes the same journey again in order to collect the vaccines, passing small farms growing rice, sweet potato, cassava and yam on land that has been deforested. He has been doing this since 1988. On occasion, his two teenage sons lend a hand.

“When you don’t have money, it’s not hard to walk,” Mesura says. “The vaccines help the people. I am proud to help the community. It is a mission of God.” His coworker, Albert Hippolite, helped construct the clinic, called the Community Centre of Taillefer, in 1987. It and the vaccines that the clinic provides have transformed the health of the community. “I was born here [in 1947]. Before the building, members of my family all died — my brother, my cousins, my friend — because of a lack of healthcare,” he says. “Now, people don’t die of disease.”

Healthcare, nutrition and water hard to get in rural Haiti

The work of Mesura, Hippolite and others is how children in Taillefer are protected against disease, as with the pentavalent vaccine, the five-in-one shot rolled out nationally in Haiti in 2012 through support of the Vaccine Alliance, which has received US$ 1.3 billion for pentavalent from IFFIm (as of June 2015). Pentavalent was chosen first by the Haitian Ministry of Health among Gavi vaccines because of the high incidence of influenza among Haiti’s children.

Pentavalent protects children against the virus that causes it, haemophilus influenzae type B (Hib, which causes meningitis and pneumonia), as well as against diphtheria, tetanus, pertussis (whooping cough) and hepatitis B. Pentavalent is one of the vaccines being administered on this Monday at Taillefer’s satellite clinic in Mataillefer, several kilometres deeper in the mountains, to a group of about 20 women and children. As with the women in Taillefer, many have walked all night from a more distant village to receive them.

Those in attendance say they make the journey because their villages have no running water, no health centre, no school and no jobs. Professional healthcare is a rare opportunity. UNICEF — a Gavi partner — has spread word through village churches of a campaign against maternal and neonatal tetanus (MNT), says Christophe Boulierac, Communication Chief for UNICEF-Haiti.

The UNICEF campaign lends an opportunity to continue routine immunisation with pentavalent, as well as vaccines against measles, rubella, polio, tuberculosis and — soon with Gavi support — rotavirus, after the Ministry of Health implements its plan to increase cold chain capacity. IFFIm this year began funding Gavi’s rotavirus vaccine programme.

The manager of the Taillefer clinic, Ghislaine Alphonse — affectionately called Chief Gigi — lives at the facility during the work week. It includes an examination room and a supply area.

“The people understand the importance of vaccines,” she says. “They come from all over the Malanga area, sometimes 10 hours on foot. They left at midnight or 1 a.m. to come here for the vaccine today.” A handful of men milling about are “walkers.” Their job is to accompany the women on their overnight journey to Taillefer, as none of the women’s husbands joined them.

The lack of funding and capacity has affected the introduction of vaccines, says Jeannot Francois, Extended Programme for Immunisation (EPI) manager for Haiti’s Ministry of Health. Haiti must wait until 2014 to roll out pneumococcal vaccine — with support of Gavi, which has received US$ 90.7 million from IFFIm for the vaccine — for the simple reason that there is not enough cold storage capacity.

But thanks to IFFIm, Gavi and its Vaccine Alliance partners, the children of Taillefer now have pentavalent and soon will have rotavirus and pneumococcal vaccines. “Ça va,” says Chief Gigi, who has worked at the clinic for 22 years. “We will do new campaigns.” 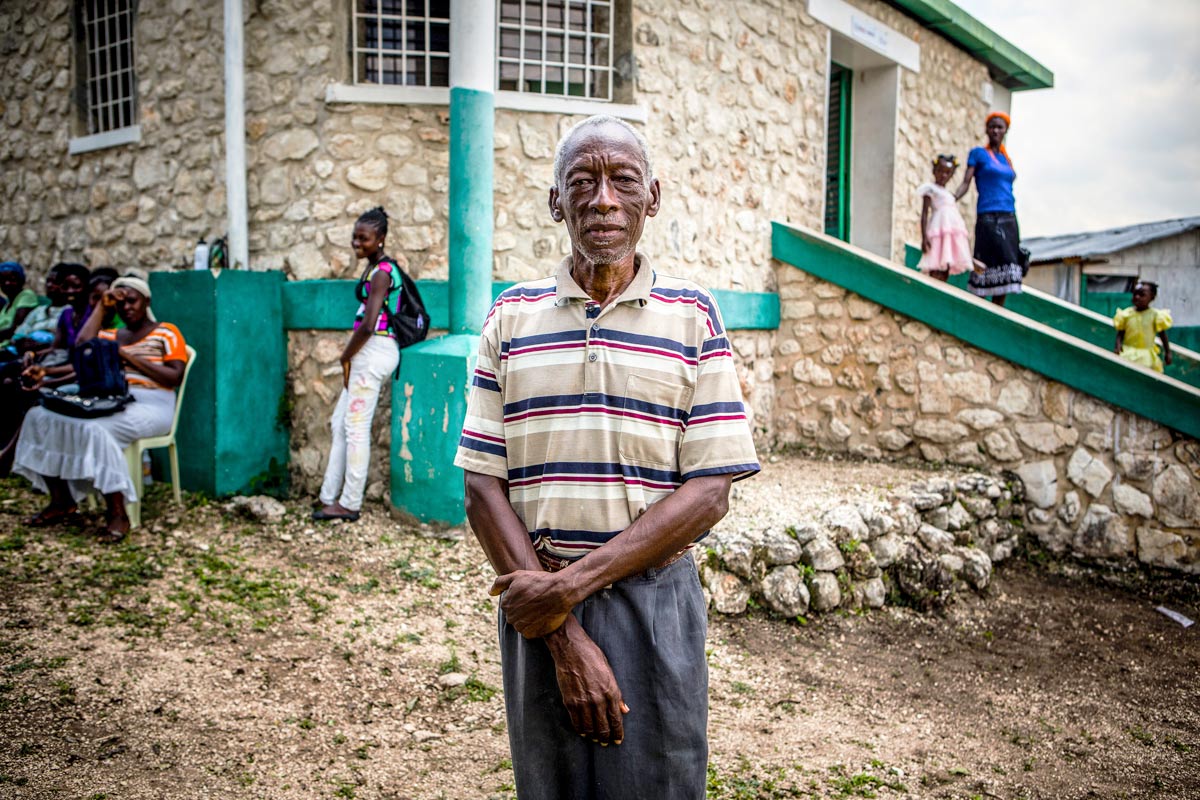 Keeping kids healthy and alive is not so easy in the tiny Haitian mountain village of Taillefer. Photo credit: Gavi/2013/Evelyn Hockstein.