Meningitis type A epidemics bring death, disability and fear every year to Africa’s so-called “Meningitis Belt,” a string of 25 countries that stretches from Senegal in the west to Ethiopia in the east.

The region’s biggest epidemic in recent years affected 250,000 people, killing 25,000 and leaving another 50,000 with disabilities, including deafness and mental retardation.

But an IFFIm-supported vaccine called “MenAfriVac” has been developed specifically for the Meningitis Belt by a consortium of partners, including Gavi, collectively known as the Meningitis Vaccine Project. MenAfriVac costs less than 50 US cents per dose and is expected to save as many as 150,000 lives between 2010 and 2015.

Its initial results are excellent. For example, by 2012 Burkina Faso had just four cases of meningitis A, all in unimmunised individuals, including three from Togo who came for medical care. Almost 55 million people in the six countries have been immunised so far, according to figures from the Meningitis Vaccine Project, a collaboration between PATH and WHO to develop the vaccine, in partnership with UNICEF and Gavi.

IFFIm continues to provide funding to Gavi to purchase the meningitis vaccine as a “special investment case,” with a total investment to date of more than US$ 62 million.

“People are always apprehensive, scared ahead of the meningitis season. They never know what will happen,” says Muhammad Sani Adamu, Head of Accelerated Disease Control in Nigeria’s National Primary Health Care Development Agency. In 2009, Nigeria had nearly 50,000 cases that left 2,000 dead. “The new vaccine is a golden opportunity to protect our people against the commonest strain, responsible for 90% of all epidemics. MenAfriVac is a big deal actually for our country.”

Adamu says Nigeria installed new cold rooms and used 30-tonne lorries to transport vaccines and injection materials from the national storage facility to a targeted five of its 36 states, where it sometimes had to be transported by motorcycle or bicycle across difficult terrain. It reached about 15.7 million people with the vaccine within two weeks.

If all of this works like we think it is going to work, then we are going to eliminate these epidemics. Stop. Period.
Marc LaForce, Director of the Meningitis Vaccine Project

Meningitis is an infection of the lining that covers the brain and spinal cord, caused by a viral or bacterial infection. Groups at highest risk of infection are infants, children and young adults.

“My son is afraid of the needle, but he will realize in a minute that it is nothing,” says a Chadian father who brought his son Ahmad to be vaccinated during an outbreak. ”I lost my younger sister two weeks ago. By no means do I want my son to suffer as she did.” 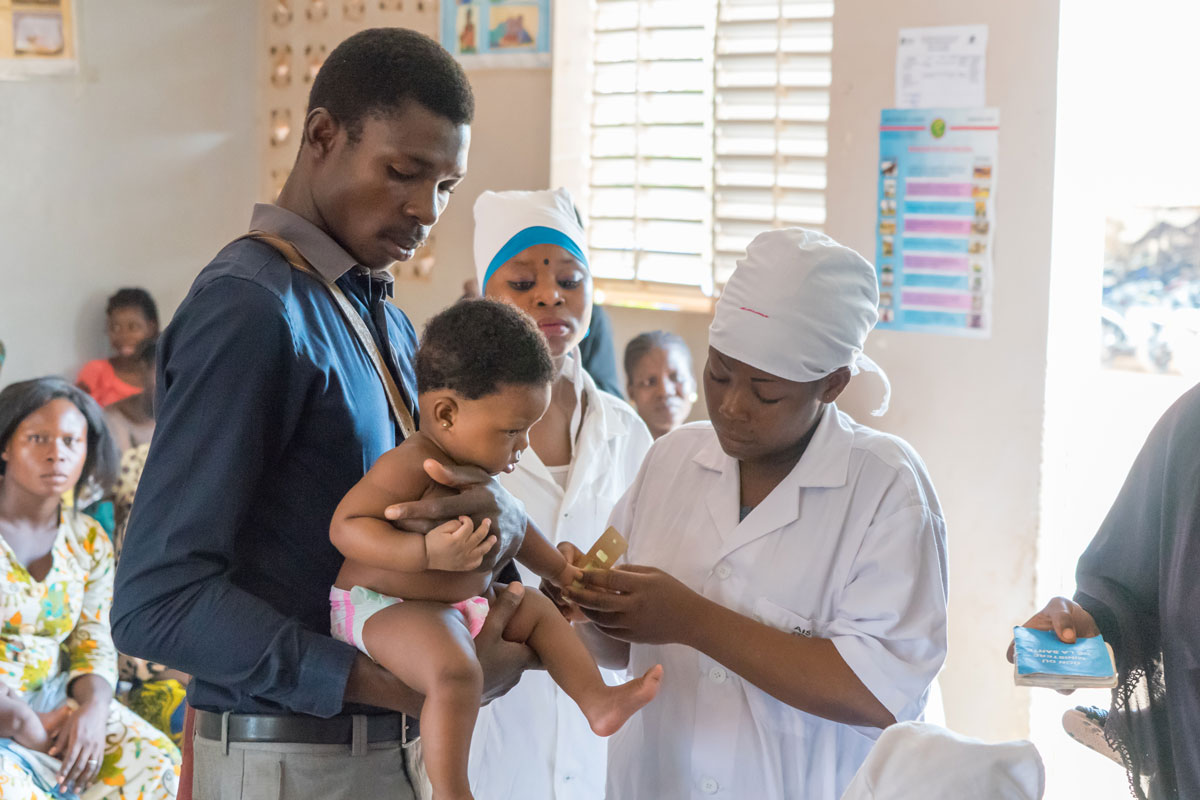